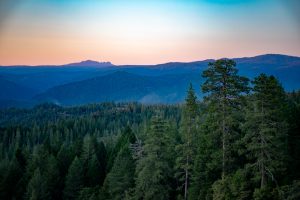 This is a tool we’ve built.  There is a comprehensive worksheet that we are sharing in it’s editable form, and a narrative document that explains the numbers with context and story.  Please feel free to use, share, and to collaborate with us on building the next version.

We call it The Big California Biochar Model, because, well, it’s a big and comprehensive model about California and biochar.  It started with a simple question “California forests are facing an overload of fuel, leading to catastrophic fires, and the State is looking to remedy this problem… if all of that excess biomass were made into biochar, would there be enough soil to accept it?”  The answer is yes, yes, there’s more than enough soil to accept all that biochar.  And while doing it we can drawdown carbon, improve water conservation, and reduce nutrient pollution – so of course we mapped that out too.

And this is not just some fanciful idea of possible future that exists on paper only.  Pacific Biochar is already doing this, our production model (renovating old biomass power plants in high fire hazard areas) can be scaled up quickly and efficiently, new mobile technologies are available and slowly being deployed, compost yards and farms in California are using biochar in their practices, and there’s a growing team of academia and government folks working on research and policy towards this.  There is real-world action and shovel ready projects to get started on.  That’s part of what makes this so interesting.

We feel that this is too important not to share.  So we are making the worksheet available to all in its functional and editable form.

New and improved versions will be uploaded regularly.  Check back for updates.

THANK YOU FOR TAKING PART

Page 1 from the Narrative:

There is a forest management challenge in California.  A mix of unsuccessful stewardship practices and changing weather patterns has left a large portion of the forests in poor health.  Of key concern is the excess fuel loads in the forests that are leading to catastrophic wildfires and other ecosystem concerns. For reasons of local fire risk, regional ecosystem services, and global climate change mitigation, profound improvements in forest management are being sought by industry and government alike.

Excess fuel loads in the forest are being actively managed by state and private organizations, and in that context the excess fuel loads are generally referred to as “forest biomass”.  Forest biomass can be transformed into biochar then used to improve the long-term health of farmland soils in the valleys below. This can provide a comprehensive forest management solution that elegantly works to improve water conservation and carbon drawdown at the same time.  We have investigated what this could look like if brought up to scale with the scope of the problem at hand, and what we have discovered is profound.

This document and the associated worksheet offer a map, a guidance tool.  We also have a plan of action, because the time for action is now. Pacific Biochar is actively producing and applying biochar in the ways shown below.  We have developed a plan to renovate an additional series of existing biomass power plants in high fire hazard forest areas, allowing for fast and efficient scale up to meet the urgency of the situation.  We seek to work collaboratively with interested parties to bring some portion of this model into reality.

And the full worksheet The Big CA Biochar Model_Version 1_8.24.19